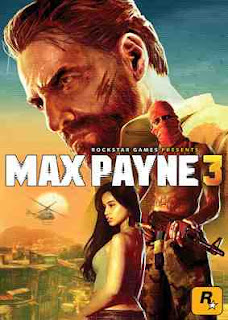 A couple of weeks ago I finished Max Payne 3, a game I was eager to play. And frankly, it has been a little of a deception.

I remember playing the original Max Payne years ago. It was unique because of the use of bullet time, the cutscenes narrated as comic strips and the revenge-consumed main character. Updating the graphics and the gameplay sounded like a sweet deal to me.

But the game is disappointing in many aspects. At first the cutscene visual design is interesting, but it becomes repetitive quite fast, not to mention they are loooong as hell. I wouldn´t be surprised if one of the top shots of the studio got too much involved into the story and forced the experience to have so much time out of gameplay.

Next is the bullet time. Yes, it´s still there but the level design punish you for using it most of the time. At the end you´re encouraged to stay in cover all the time and shoot down enemies from there. That´s not Max Payne, dude.

The story itself is not necessarily bad, but I still feel a little disconnected with the new Max. He was consumed by hatred and now his motivations are more on the line of "it´s my duty to keep killing people" since he´s not really emotionally invested into the issues of the family he´s defending.

Several combat encounters are poorly design, without enough cover points, too many enemies and props which makes aiming really difficult. Also Rockstar´s trademark aiming reticule (far too small) makes it even more complicated. Additional game modes are just ok. They re-use the same levels from SP adding new challenges, and I didn´t have the chance to play MP so far.

On the plus side shooting enemies down is most of the time enjoyable, there are some interesting locations to play in and mission-unique gameplay moments which add compelling twists from time to time.

Anyway, unless you´re a hardcore fan of the character or Rockstar I personally don´t recommend the game. It´s right now rated in Metacritics with 86 points and I think it´s 4-5 points over its real value. Your call.
Posted by Alvaro Vazquez de la Torre at 2:53 AM No comments: 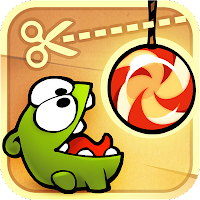 Last week I completed Cut the Rope on the iPad. Truth is I didn´t feel 100% motivated to finish it, but the playtime sessions are so short you can easily integrate them in most moments of your everyday life. That´s why is good for "momentos tontos" as we say in spanish (waiting times).

The gameplay is extremely well adapted to tactile devices (in most levels you just need to swipe once or twice on the screen) but there is always a mild challenge. It´s accessible for all audience types and the different gameplay iterations are properly introduced and exploited.

On the minus side you may say that the lack of story makes you feel demotivated to prolong playtime, and since it´s essentially a puzzle game if you get stuck on one level you can´t progress in the whole game which is a real problem.

Actually I feel we solve that problem in EcoFish allowing the user to play all levels from a chapter in the order they feel to. Too bad it´s not selling well...
Posted by Alvaro Vazquez de la Torre at 2:13 AM No comments: