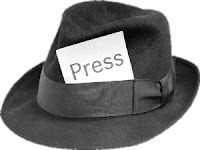 So I'd recommend videogame journalists to be more precise in their articles, and when they suggest potential buyers to acquire a game, clearly state the game's genre. Somehow I feel videogame press still need to grow old to become what it's supposed to be: An accurate information source for gamers so they can select the game they'll really enjoy.
Posted by Alvaro Vazquez de la Torre at 2:49 AM No comments: