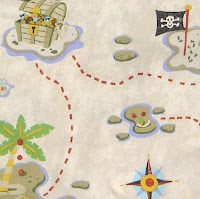 Every December my father's family gather here, at my parent's. It's kind of a tradition and my mother asked me to organize a Treasure Hunt for the little kids. It was an interesting exercise of game design for children (between 4 and 9 years old), and these were the lessons I learned:

• Although there were 10 kids, the ‘alpha’ members (older kids, all of them girls) lead the way. As a consequence, only 5-6 really committed with the game and some of the little kids were left behind.
• The clues I wrote (in semi-poetry) were understood, but since some of the smaller kids could not read properly they felt left aside.
• Most of the little kids followed blindly the older ones in the search, I guess just because they saw the Treasure Hunt as a social activity.
• Some of the clues were hidden in the environment, some others were kept by individuals (my sister and one of my uncles). The kids found those hidden in the environment more difficult to find.
• Ergonomics were important. One of the clues was hidden over the roof of a doghouse, but still to high for 8 year old kids.
• Kids tended to look in the obvious places and if they couldn’t find the clue, they’d come back to the adults for help. They showed little creativity when searching.
• The attention span of little kids is limited. After 4-5 minutes if they couldn’t find the clue they get bored and lose interest.
• I suspect the kids could have found all clues without help, but older women around were eager to solve any problem they may find, which made the game too short.
• At the beginning of the game I asked them to memorize the key word “Fuentealvilla”. After all the clues and in order to get the prize, the first one to find me and say the key word would be the winner. However, the first girl who found me failed to remember the word. It was the third to arrive the one said the word correctly (but only because she suspected the game was almost over and so the key word was near to be used, so she asked her mother to remember her the word).
• Since all of them got a small present, they all felt it was a nice game. And the girl who won was delighted with her additional 20 euros.
Posted by Alvaro Vazquez de la Torre at 5:10 PM No comments: 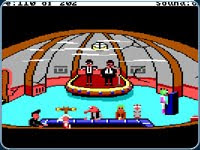 I downloaded it recently from an abandonware site and yes, I've just completed it using a walkthrough. And even with that I've died 15-20 times. That gives you an idea about how unforgiving the game is. But hey, I finally made it!
Posted by Alvaro Vazquez de la Torre at 8:20 AM No comments:

I've just 'finished' Diablo 2. That is, I killed Diablo and completed the 4 acts in normal difficulty, using a Paladin lvl 28. It took me 25-30 hours.

However, the game is far from being truly completed. Once you kill Diablo the Nightmare difficulty level is unlocked, and you can now play the whole game from the beginning. Even more, if you complete it, the Inferno difficulty is unlocked and you can level you character until lvl 99.

Well, not for me. Since I'm generally more interested in the game story I consider I had enough. Plus, all I really wanted was to ensure I had a complete view of the game mechanics.

The truth is I didn't really had much fun while playing it. I find the game flow repetitive, occasionally frustrating and the story quite dull. However, I have to admit that it was a huge step forward. In 2000, the year when Diablo 2 was released, games had little story, online gaming was an exception and the truth is the mechanics are esplendid for hardcore gamers and an inspiration for following games (in fact I think Diablo mechanics influenced World of Warcraft much more than Warcraft 3).

This game excels when played cooperatively. If I can convince some friends to play it, I'd consider to buy the upcoming Diablo 3 to play with them.
Posted by Alvaro Vazquez de la Torre at 5:53 AM 3 comments: