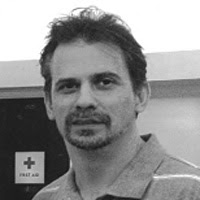 I didn't know who Jeff Freeman was, even though I spent 2 years of my life playing a game he had contributed to design: Star Wars Galaxies. He helped to create the pet system of the game (which was quite ok, by the way), and when the game was re-designed he tried to stay in touch with the community of players and justify the changes. He has recently took away his life.

The small bio I've read here sets clear that SWG had nothing to do with his suicide. But if you put your heart in your work as Jeff seems to have done and face the problems the game had at that time you'll eventually pay for it. I'm sure he had issues, but I'm also certain that the SWG troubles didn't help him at all.

I'm paying my respect through these lines to all designers that put their hearts in their work. Rest in peace, Jeff.
Posted by Alvaro Vazquez de la Torre at 8:53 AM No comments: