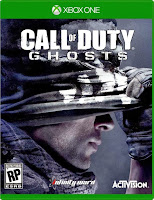 Anyway, a good purchase if you like the CoD series, otherwise go indie!
Posted by Alvaro Vazquez de la Torre at 9:07 AM No comments: 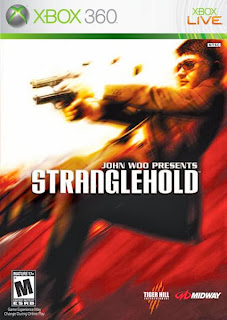 I played 1-2 levels of Stranglehold when it was released, almost 7 years ago, and left me a good taste. It's what I call middle class games: Not outstanding but enjoyable. I bought it from a work mate 2 weeks ago and I've just finished it. It currently holds a 77 in metacritics, and I think it's fair.

The game has some unique systems, reasonably well implemented: The mexican standoffs are simple but enjoyable (it's recommended to unlock the video of the first prototypes, can't help to think they could have done better), the environmental navigation (sliding over furniture) creates multiple eye candy moments, the scenario destruction is probably the most comprehensive I've seen in a game and they also have good localized damage and death animations.

There are multiple so-so systems, such as the amount of enemy classes (enough, but all use more or less the same AI patterns), the boss fights (the excessive enemy health and a heavier weapon is generally the main challenge), animation transitions (too abrupt, although responsive), management of player resources is accessible (health, focus and style points) and mostly works, although relies too much on medikits and the story starts being personal and interesting in mission 3 (sooner would have been better). The scenarios are somehow varied but too indoors to my taste, and the collectible shop is just ok (concept art and prototype videos).

On the minus side, the enemy AI is really poor. Practically all enemies function as simple turrets or run towards the player until point blank. I suspect that forced combat layouts based on dropping wave after wave of mindless foes which can be a little repetitive. Aside from that the level design is clearly improvable: The player is commonly forced into scenarios around which enemies can be spawn practically in any point around 360º. On top of it they're not signaled to the user, meaning you often don't know where they are and need to rely on tracking the tracing rounds or run around while spinning the camera looking desperately where they are. Cover options are limited and lack polish and the game is a little short (7-8 hours). I couldn't try the multiplayer, though. Also I think they could have scaled better the progression in new enemy types and abilities: All player actions are introduced in the first levels, and so users are not requested to master any of them to get to a crescendo moment that test that ability (i.e. a final boss)

As a whole, I can see it's a good representation of the John Woo movies. I actually downloaded Hard Boiled (the first instance of inspector Tequila, in which the game is based) and watched it 20 years after.
Posted by Alvaro Vazquez de la Torre at 2:43 AM No comments: 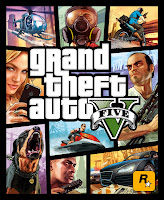 I'm currently grinding the rest of trophies since this is going to be the first game I get a platinum award on. Seemed easier than other games, that's all.
Posted by Alvaro Vazquez de la Torre at 2:16 PM No comments: