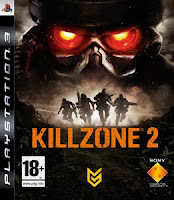 Yesterday night I completed Killzone 2 (PS3). My overall feeling about the game is very good. They’ve removed the character selection option from the original Killzone, and they’ve focused on making the level design more exciting. I suspect why: The creation of levels with compelling challenges for the different characters is something they didn’t excel in the first game. They decided to remove that feature, and enhance the levels instead.

For the most part I think they’ve achieved that goal. Killzone 2 levels and enemies are interesting and for the most part you enjoy the title a lot. My only concern is about the game mechanics. To tell the truth, there is NOTHING in the game I haven’t seen in other games. However, they’ve all been implemented nicely, they’re enjoyable and you master them easily. They’re not surprising, but they work. Also, the story is poor, but talking about videogames you get sadly used to that.

The game keeps a 91 in metacritics, but I’d say it’s overated. The user score of 83 seems more accurate to me. Since I bought a second hand copy of the game, I’m more than satisfied with it.
Posted by Alvaro Vazquez de la Torre at 7:23 AM No comments:

I got a beta for the upcoming World of Warcraft expansion, and I’ve been messing around with it in the last days, particularly leveling a goblin and a worgen.

Their starting zones are the finest in the game. They both fulfill their goals (being the horde’s ‘funny race’ for the goblins, being the ‘bad guys’ for the alliance), they’re epic and compelling (particularly the worgen) and there are multiple scenarios and challenges (heavily using the phasing tool).

I haven’t played the lvl 80-85 bracket much, but I have mixed feelings about it. Seems like the major changes for this expansion (new races and their starting zones, complete revamp of the low-level zones) can only be enjoyed while leveling characters. I already have a complete set of high level characters.

Well yes, there will be new instances and raid zones, but I’m starting to feel tired of all that. It’s like Groundhog day. I’m not sure if I’ll buy the expansion. We’ll see.
Posted by Alvaro Vazquez de la Torre at 1:46 PM No comments:

CALL OF DUTY: WORLD AT WAR 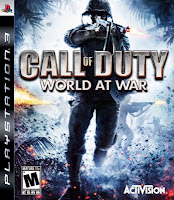 And another game completed. This time Call of Duty World at War. If I remember correctly I bought it just because I was ‘hyped’ by the tv commercials, and now I regret of that decission.

Ok, it’s not a bad game at all. It’s more than decent. But you can’t compare it with CoD Modern Warfare (released 1 year before). The level design is just ok and relies far too often in adding more and more enemies mindlessly. The graphics are ok, with the exception of the faces who look all made out of plastic. Also the mechanics are fine, but some of the optional ones are far too frustrating (melee combat, mainly).

However, the main flaw of the game is the lack of innovation. It feels like Treyarch has followed the classic CoD pattern: No storyline, different locations with no relation whatsoever, reduced number of combat mechanics and that’s all. Not even some exciting new locations or combat situations. Although it was sold as ‘the war in the Pacific’ only half of the game takes place in that scenario.

Generally satisfying, I had several hard times while playing it because of the poor level design or the lack of information. I wouldn’t recommend to buy it, unless you’re a hardcore CoD gamer.
Posted by Alvaro Vazquez de la Torre at 2:11 AM No comments: