WHO WATCHES THE IP? 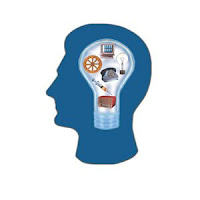 One of the most interesting advances in the leisure industry (to me a fairly wide concept which includes literature, cinema, comics, music…) is the IP (Intelectual Property) management. I personally prefer the term ‘Intelectual Franchise’, but since everyone uses IP, let’s go with it.

Once the main guidelines of the IP have been established and the original content is adapted/expanded into other platforms, there will be a huge array of people working on it, and creating content that needs to fit with those initial premises. However, while I was working on ‘Wanted – Weapons of Fate’, I missed someone fulfilling the role of what we may call ‘the IP watcher’. That person will be in charge of checking all the content to ensure the whole universe of the IP along different platforms is consistent.

During the development of ‘Wanted’ we checked the content we created with different people: Frank Millar (comic-book creator), Timur Bekmambetov (movie director), and several guys at Universal. But nothing was done on a regular basis, just from time to time, and frequently those content watchers would fight between them. It could have been worse. After all, it was a limited number of decision makers.

Anyway, I think that, in a future, this role will be common. Possibly the writer of the book/script, the movie/game director, or more probably someone of their total trust. Seems to me like a nice work to do, isn’t it?
Posted by Alvaro Vazquez de la Torre at 4:25 AM No comments: