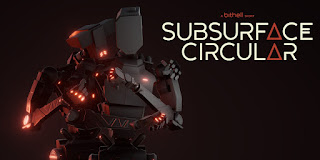 Thanks to one of the frequent Steam sales and my wishlist, I gave a chance to Subsurface circular. I´ve heard it was short and very narrative driven. It didn´t disappoint

To be honest, it felt a bit like an over-developed Twine game: All about dialogues and decision branches, you can´t lose in any way and it´s indeed short. Since I´m generally interested in the genre, I thought I´d enjoy it more. Since it delivers what it was promised I cannot say it´s bad in any sense, but there weren´t any novelties in the proposal. Being indie is a bit to take chances, but I didn´t feel SSC took any. It is polished, graphically modest but well finished and plays nice. But the story wasn´t particularly compelling, being so text-based makes it a little tiresome and doesn´t offer much replayability

Still, I´m a believer in short experiences (i.e. 3-4 hours) that cost accordingly. In that sense, SSC is to be praised. And if you do like storytelling experiences you probably won´t be disappointed
Posted by Alvaro Vazquez de la Torre at 2:25 PM No comments: 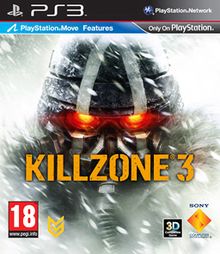 Frankly I don´t remember how I got Killzone 3. It wasn´t a game I was particularly excited to play not even when it was released. Either someone sold it to me almost for nothing, or was left as "first come first serve" at the company kitchen. Anyhow it´s been waiting at my "Games to play" shelf for months if not years

Some weeks ago - after A LOT of time spent on open world games - I developed a need for some linear experience, so I gave it a try. I´m also trying to finish old games (i.e. PS3) before they become unsupported, servers closed and such. So I said "why not?"

Overall is a solid shooter, but there isn´t anything remarkable on it. The story is fine but can´t help to think the writers had to "revive" the baddies for the sake of milking the franchise cow (didn´t I finish with the Helghast in the second game already?), weapons are satifying to use and AI behaviours and scripting (both enemy and friendly) are adecuate. The scenarios are mostly ok - I presume they reused city assets from the previous game - and even they take you to some new locations for no good reason other than visual variety (which is not bad, though)

There is simply nothing bad on the game, if you like shooters you´ll likely enjoy it. But I struggled to find anything I could find memorable other than some cutscenes and a couple boss fights. In short, a nice experience but a bit of "was it really needed?" feeling. Since they made Killzone Shadow fall afterwards, I presume they made some good bucks out of it, so nothing to complain. Good business is good business

By the way, just when I had finished the campaign I tried to play MP and found out the servers were closed 2 months ago. Yay
Posted by Alvaro Vazquez de la Torre at 10:48 AM No comments: