WHO ARE WE DESIGNING FOR? 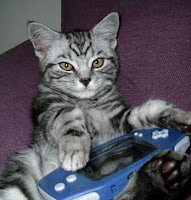 10 years ago designs just needed to be good to be successful. There wasn’t much discussion about what was the intended market you were aiming to. All were hardcore gamers and that’s it.

Lately this has become a major concern for designers. It’s not only that you need to be aware if you’re designing for hardcore or casual gamers, but you also need to have in mind where the players of your game live.

Most North-americans seem to value fast-paced action games. Japanese/Korean gamers seem to love really difficult games, and Europe… Well, each country is different. Germans & central Europe still love RTS, and Eastern Europe value fantasy/magic games more than other areas. Spain is claimed to be keen on casual titles more than anything else.

However, if you ask a producer ‘Ey, what type of audience target are we aiming to?’ they inevitably look at you as they were spotting a Martian. When requested to define if the title is aiming to a hardcore/casual audience, they always answer ‘Both!’ and they seem really happy. Keep in mind that, for their eyes, they’ve just double the revenue of the game with that decision. Even though designing a game for both is almost impossible. But that’s your problem, not theirs.

As I see it, some day the industry will grow old enough to be able to define exactly the target it’s aiming to with each product. I’ve heard that some EA and Ubi products follow strict marketing guidelines. Like all other industries do. That means it’s an adult business.
Posted by Alvaro Vazquez de la Torre at 9:33 AM 2 comments:

I always liked History. As a consequence as a player I also enjoy games set in historical scenarios. But I’m not including in that category games like God of War, set in a mythical world where gods and demos are common.

I mean those games that try to reconstruct that age realistically, and make you feel like you were living those times. There are not much of those games, aren’t there? Ok, there are lots of games set in WWII, but they’re not trying to reconstruct the 40s world itself.

That’s the reason why I like GTA Vice city (Rockstar). I don’t feel encouraged enough to play the other GTAs since I’m not really interested in exploring the current NY, for instance. Plus, I like the 80s. I’ve finished both Vice cities (PS2 and PSP) and I’m really looking forward to play a third one (hear me, Rockstar guys? ;)).

Now that I come to think about it The Godfather (EA) is another of these games. And also Driver Parallel lines (Reflections). Why all the games depicting a certain era are all free-roaming gameplay based?
Posted by Alvaro Vazquez de la Torre at 1:04 PM No comments: