I've just sent a game proposal to a Gamasutra contest that I found interesting (Clicky clicky). You're required to create a new game using the same engine and gameplay used in Heavy Rain. I think it's important to test your skills regularly, so I sent a proposal you can see here (Clicky clicky). There is no reward as far as I know. It's just something that keeps your mind busy.
Posted by Alvaro Vazquez de la Torre at 7:03 AM No comments: 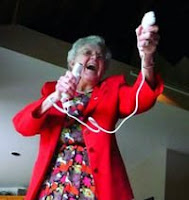 Another interesting article, this one about differences between Hardcore and Casual gamers. A topic I can't find much info when I look around: Clicky clicky.
Posted by Alvaro Vazquez de la Torre at 7:29 AM No comments: 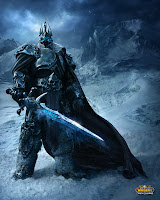 Here's a very interesting article about how to design bosses: Clicky clicky, extracted from Gamasutra.
Posted by Alvaro Vazquez de la Torre at 3:04 AM No comments: 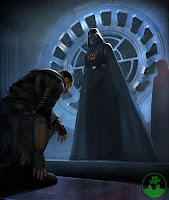 I declare myself a defender of the ‘so-so’ games. Journalists have the tendency to highlight only the most relevant games of the year, and totally forget about all those games which (despite being acceptably entertaining) are not above 90 in Metacritics.

Star Wars Force unleashed (Wii) is one of those games. It has no critical flaws of any kind but instead a long list of minor defects that, if solved, would have turned it into the game of the year. But since that didn’t happened, I had a decent playtime and it became the first Wii game I ever finish.

- The basic force powers work nicely, and you really feel the developers’ original intention of making you feel the force like you’d never done before
- The optional exploration challenges worked fine
- For most parts of the game I really felt like a semi-god
- The length of the game is perfect, at least for me (8-9 hours)

- Level design mainly based on endless ‘pulls’
- The plot has been poorly developed
- Too many force powers (but this is probably just me, since I’m not a fan of brawling games)
- Whenever you fought ranged enemies, things got too tough
- Frequent camera issues
- The difficulty curve was often badly adjusted
Posted by Alvaro Vazquez de la Torre at 10:37 AM No comments: