BACK TO THE MSX

Someone said people look in their adulhood for the things they lacked in their teens. Now that I come to think about it, I lacked many things back then, but I'm putting a solution to one of them: MSX.

In the mid-eighties, you had to have a personal computer. The most popular was the Spectrum, but there were many Commodore users too. I don't think Amstrad was particularly popular in Spain but it should be in other countries so there were plenty of games for it. And then it was the MSX.

As far as I know it was successful in Japan, were it was first created, but also in Holland (Phillips manufactured several models, including mine) and Spain. I owned an early version of that system and it became obsolete quite soon. I couldn't play the latest games because my model was limited in memory. I couldn't afford to buy another one so I gradually lost interest in computer games... until my cousin Pedro got rid of his first PC and gave it to me.

Well, I've just bought a second-hand MSX2, which allows me to buy all those games that I couldn't play back them. Right now I'm betting in Ebay for cartridges, and I'm planning to make myself a nice collection. Vintage rules!
Posted by Alvaro Vazquez de la Torre at 10:41 AM No comments: 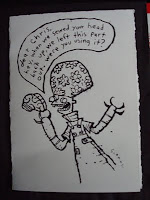 Ok, from now on Double Fine (Psychonauts, Brutal Legend) is my new best videogame studio forever an ever of the month. Tim Schaffer is not new to this blog, but from now on he's got a little bit of my heart.

Take a look here to find out why.
Posted by Alvaro Vazquez de la Torre at 3:14 PM No comments:

THE HEART OF THE APPLE 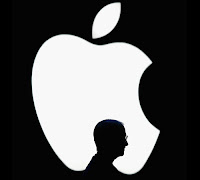 Steve Jobs passed away today. I've never been an apple guy, but the importance of iPhone and similar devices for the videogame industry is huge. I always wondered if Jobs expected so many companies developing for iOS, or it was a lucky move. Anyway, small companies never had it so easy to create and market their products.

Rest in peace.
Posted by Alvaro Vazquez de la Torre at 11:21 AM No comments: 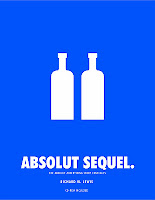 The other day I found a list of the most anticipated games for Christmas. Take a look here.

As you can see, the vast majority are sequels or games created onto a pre-existing IP. Only Dead Island manages to get into the ranking.

Unfortunately this is old news. The top sellers in the videogame industry are generally follow-ups. As far as I can tell, only during the transition from one generation to another there is some space for new IPs. The rest of the time we have to content ourselves with new iterations of already-known IPs.

It also happens in movies, particularly in the last 10-15 years. The only good thing is that in videogames the 2nd or 3rd iteration is generally better than the first game, specially regarding graphics.
Posted by Alvaro Vazquez de la Torre at 5:31 AM No comments: