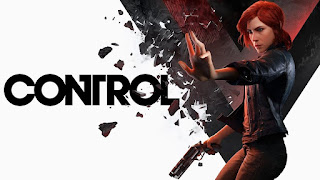 Remedy games are definitively different from any others. However, they are more or less similar compared to other Remedy games: They normally have a male protagonist, living in a realistic world where paranormal elements quickly take over. At the end, the barrier between what is real and not is blurs (reminds me of some of Philip K. Dick´s novels?)

Well, Control has a female protagonist, although it doesn´t matter much: Her role is the usual on Remedy, dive into a weird world that players won´t fully understand – Even if you complete the story. Intentional, of course, they´re working on the sequel now :D

On the plus side, I haven´t played Quantum Break but I understand Control is Remedy´s first “open world” game and for the most part it works. It retains the company's DNA of unique storytelling, visual impact and engaging gameplay. The 3Cs work very well, and that´s not a little feat since the player character has a nice set of “magical” actions at his disposal. I also liked some of the design high level decisions – like the repeatable hotel sections – adding gameplay time at little cost

However, “open world” is a rather grandiose term for a big building with loading screens between floors. You can walk freely across your current storey, but it´s often difficult to know where you´re going, the maze-like layout makes very easy to get lost. Check/Savepoints are not as common as you´d like (Darksouls style, I think), and they´re only available at specific locations. It´s common to have to backtrack on sections you already completed. UI menus were stylized but could have some navigation improvements in my opinion. Also, the use of both live footage and rendered CGI was a weird mix to me. I don´t think we´re quite there tech-wise

Anyway, it was an interesting playtime, a proposal that stands out from others and a nice story attempt to make sci-fi using innovative parameters. I hope the industry generates more games like this