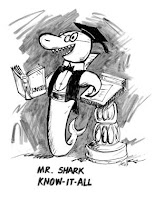 I’ve just read some news about videogame analysts claiming the reason of Take-Two’s current problems are because of ‘Lack of discipline in Dev Cycles’. In other words, they failed to deliver their games on a regular basis, and each development takes too much time.

Based on that logic, Blizzard should have closed their doors years ago, since they only deliver their games ‘when they’re ready’, and not a minute before. And the current EA management admitted that they ruined some of their best IPs when they released games every year.

Somehow I’ve got the feeling these ‘videogame analysts’ are able to explain everything using a bunch of ‘I-know-it-all’ premises they apply to any industry. It doesn’t matter if you’re selling milk, refrigerators or games.

Now, have you ever seen a videogame analyst? I mean: Who the fuck are those guys? What did they study to become a videogame analyst? And are they doing any good to the industry? Who pays them? If I’m ever explained any of these questions, maybe I’ll pay any attention to those so-called ‘experts’. In the meantime go to Hell.
Posted by Alvaro Vazquez de la Torre at 1:28 PM No comments: 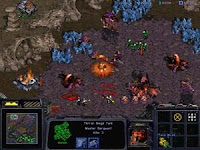 Well, another thing I'm trying to do is to raise up my expertise with level editors. I've decided to start with the basics, and I'm working on StarEdit, the level editor of Starcraft (1998). Although it's old, it's surprisingly complex. I tried to master it years ago, but I failed. Now things are different, and so far I'm doing much better.

For now, I've just completed a multiplayer map. You can download it clicking here, and then move the file to the relevant folder (C:\Archivos de programa\Starcraft\maps).

In fact, if you can take a look at it you'll be doing a favor to me if you provide some feedback about it. So far I couldn't beat the AI :D. Not surprising since I'm not particularly good at that game. Anyway, I'll try now to make a singleplayer map. Endlessly more difficult. Let's see.
Posted by Alvaro Vazquez de la Torre at 1:53 PM No comments: 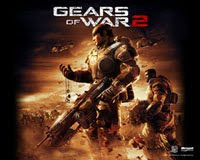 As mentioned in previous posts, I’m using my time to catch up with all those games I couldn’t play while I was writing the novel. So I’ve just completed Gears of War 2.

Great game, by all means. They’ve kept the basic guidelines of GoW’s combat system (quite good), and they made some interesting decisions to enhance the final result. Instead of moving the focus of the sequel on new weapons, like many other games do, they added a small group of not-particularly-impressing new weapons and instead they chose to add many Hollywood-style sequences to the game, thus making it similar to an adventure movie.

That’s something I’ve seen in other games, such as Call of Duty Modern Warfare 2 (holy shit, it takes longer to say the game’s name than finish it). In order to avoid repetition in the combat situations developers add from time to time small game mechanics (vehicle chase, vehicle conduction, using a turret, jumps, handle a crane…) which are only used at that point in the game, and makes you feel the game has so high production values that it’s worth more than the money you paid for it. Maybe it’s a trend in following titles. We’ll see.
Posted by Alvaro Vazquez de la Torre at 6:24 AM No comments: