This is the first game I complete in iOS, and essentially the main reason for buying the iPad. I started working on Digital Legends months ago and I hadn't played any game of that platform, including this Angry Birds about which everyone was talking about. It was the first game I bought in the Apple store and played it for a while until my sister discovered it and out-played all my progress, which I hate.

So I deleted the game, downloaded again and played it from the beginning. It contained some more chapters than the first release (I understand Rovio is still updating it) and took some more time to finish, but it became my 'bathroom' game and I was able to complete it right before coming back to Cordoba, so my sister can't ruin my feeling of finishing the game by myself.

Anyway it's a great game, possibly the best of 2010. It's design is particularly well adapted to the platform (tactile interface, easy-to-learn difficul-to-master, short but intense levels, simple rules and lots of rewards), good scaling of the mechanics and addictive as hell. If I need to highlight some negative aspect, I can only say the 'story' (those short cutscenes where the pigs steal the eggs and eventually are defeated) are improvable, even with the limitation of not using words. But it's such a secondary element of the game that it's not a big deal.

So if you have an iOS device there is no excuse to buy the game, it's really cheap. And if you don't, it's possibly the killer app of the platform.
Posted by Alvaro Vazquez de la Torre at 9:51 AM No comments: 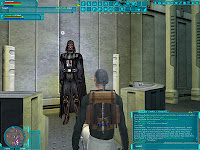 Anyway, it's sad to know that a game and a world that you were so involved in is dead. I actually tried to re-activate my old account to take a look at the game before it was closed, but unfortunately my account was linked to an old and lost email account, and the Sony CS representatives were not particularly helpful, so I guess this is it. Rest in peace.
Posted by Alvaro Vazquez de la Torre at 3:04 AM 1 comment:

Some quick lines to let you know another game of the miCoach suite has been released in the Apple store: miCoach Running. Also, I was involved in the development but not as deep as in miCoach Football. Still, another title released in my list.

After all, this has been a productive year at least in terms of titles: Toy Cars, Lightfish and these 2 miCoach games.
Posted by Alvaro Vazquez de la Torre at 3:30 AM No comments: 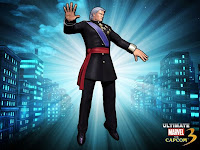 Nobility are not fun. Apparently the spanish royal house has complained in the past for the use of the king's uniform applied to Magneto in some Marvel comic. It was recently announced this character would be playable in an upcoming fighting title and it would be dressed like the king. Exciting, isn't it? I don't play much games of that genre, but I was planning to buy it just to kick ass as the spanish king.

But nah, they complained again and I don't know what the developers will do. Hopefully they won't back up and keep going.
Posted by Alvaro Vazquez de la Torre at 5:23 PM 1 comment:

Finally I've finished Portal 2. I started playing last time I was in Cordoba, where I have a computer which can run the game (here at Barcelona I used to have a laptop). But now that I bought a new computer I was able not only to make it work but also Steam stores your advances and when I installed it all the episodes I'd completed were still there, so I could resume the game from the very point where I had left it.

What a game, Jesus. One of the best sequels I've played if not the best. They just add 3 new gameplay elements, the gels, but the story is so much better and still works as rewards after each puzzle.

Ah, puzzles. If there is something I can say I didn't totally like it's the fact that it's essentially a puzzle game and whenever you don't find the right solution (and there is only one) you're stuck. As usual, after 5-10 mins failing to find the way to crack the puzzle I look for an internet walkthrough and bypass the game. I'm not the hardcore type and I can't spend hours trying to understand the designer's logic.

Anyway it's a remarkable game. I'd love to play the co-operative but some time has passed since the release and I'm not sure if I'll find some friend to help me. In any case I strongly recommend anyone interested in puzzle games to buy it. Maybe the game of the year for me.
Posted by Alvaro Vazquez de la Torre at 10:38 AM 2 comments: 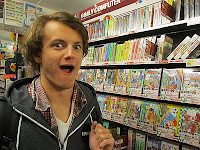 I've just found this video where a couple of guys visit Super Potato, a shop you can find in Akihabara (Tokio) dedicated to retro-gaming. I was there when I went to Japan 3 years ago, you can find some pictures here.

It's a unique place, kind of the Mecca for gamers. If you're ever in Tokyo and you like videogames, that's the place you have to go.
Posted by Alvaro Vazquez de la Torre at 6:54 AM No comments: