HOW THEY MADE A MOVIE-LIKE VIDEOGAME

While playing Uncharted 2 I thought a lot about how they achieved that movie-like videogame experience, and this would be the list of how I think they made it:

- Great visuals, making the game look closer to a movie.
- Lack of HUD.
- 3rd person view, thus allowing the player to see Drake as an external character instead of identifying with him.
- Frequent cutscenes with lots of dialogues.
- Old artifacts and misteries related to History, common to most blockbusters (i.e. Indiana Jones, National Treasure)
- Lots of exotic locations, much like you see in adventure movies (i.e. James Bond)
- The use of flashback (the player starts in a train wreck and the subsequent levels resume how he got there), common in movies but not in games.
- The use of sidekicks, allowing dialogue between the characters.
- Some plot twists (initial betrayal, Chloe's defection), a standard practice in movies but not that much in games.
- Blur effect applied to backgrounds, simulating an old cinema lens.

- All characters are stereotypes. Every single them.
- There is no inner conflict in the main character, not to mention any other.
- Characters come an go in every level without much justification, as the level design requires it.
- Flynn is a poor antagonist. He has countless chances to kill Drake and fails miserably every time.
- Not enough plot twists (it doesn't follow the 3 act's canonical structure, or twists between acts).
- In general, lack of surprises. After Chloe's second (or was it third?) defection there is nothing that makes you go 'wow!' about the story. In fact it's frequently confusing.
- Not only during gameplay but also in cutscenes, the hero sustains an appaling unrealistic amount of bullet shots without consequences.
- In the final encounter the final antagonist claims Drake and him being just the same. A line I've heard in a thousand crappy movies.
- Unrealistic reactions, like when someone is shot and instead of hurrying for help they stop and talk about how unfair life is.
- Drake's final decision about which girl he'd finally stay with is plain stupid.
- A story revolving old artifacts and misteries related to History: Another one? Oh, c'mon.
Posted by Alvaro Vazquez de la Torre at 12:17 PM 1 comment: 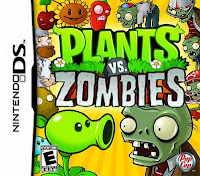 Not sure if I ever mentioned, but whenever I finished a pirated game I buy it. Since the only pirated console I have is the DS, practically all games I finished on that platform have gone through that process.

The latest is Plants vs Zombies. I was unable to buy it yet since it has not been released in Spain, but I sure had fun playing it. As the matter a fact I've finished adventure mode twice, and also finished all minigames. I'm currently trying to complete some achievements. Anyway it's a brilliant concept, the first tower defense game that pops into mainstream, as far as I know. Simple, fun and adapted to all audiences. A great game.

And the final video is really awesome!
Posted by Alvaro Vazquez de la Torre at 7:05 AM No comments:

The first videogame I ever owned was an Activision one: River Raid, for the MSX. With the years, Activision has transformed into hell for developers. It has recently closed several studios they owned. But why?

I've seen that before, like in Telecinco: The CEOs are fully focused on getting profits for the stockholders, so they exploit annually their studios and IPs until they are exhausted. Then they fire the people working on those IPs and buy new studios. The CEO gets outstanding results and when he sees things going wrong he quits and gets a better job. Remarkable.

However, things indeed will go wrong. Ask EA, they've been there, done that. When you over-exploit IPs you eventually run out of them. Developers are not eager to work for you and instead they prefer to go someplace else. Even the public (or at least the most informed of it) will know that company treats people like shit, and sales will start to go down.

From my side, I recommend to start a Boicot on any Activision product. Funny thing, it turns out I've been boicotting them (for other reasons) for almost 2 years. The last Activision game I bought was Call of Duty Modern Warfare 2. I haven't bought any Guitar Hero or even Blizzard games lately. And I won't until that sucky Kotick leaves office.
Posted by Alvaro Vazquez de la Torre at 2:05 AM No comments:

I need to get rid of all the games I bought and never completed. I have like 12 of them waiting. That's why I've pushed for finishing Uncharted 2 in the last weeks, and I finally completed it this morning.

To be honest, I'm impressed with the level of visual quality and master crafting of the development team. The game is excellent in many ways. However I don't feel it deserves the 96 it currently has in Metacritics. The users score (8.9) looks more accurate to me in this case. It's not that I didn't like the game, it's just that I value design innovation above anything else, and Uncharted 2 barely has some. I've seen all his game mechanics in other games, sometimes even better implemented. The game features them nicely, well polished and perfectly integrated, which is remarkable but it's the type of thing you expect from an experienced team like Naughty Dog.

I'd say the best of the game is the effort they made to make it look and feel like a movie. Good visuals, sidekicks to exchange witty comments, the lack of HUD and many other details help the game feeling like a Hollywood flick. No wonder some moviemakers bought the rights and are currently on pre-production. However, IMHO, the plot is not good enough not even for a B-movie. It's really nice for a game because it supports many level design decisions, but for a movie you need some more both from the plot and the characters. Let's see what happens.
Posted by Alvaro Vazquez de la Torre at 7:28 AM No comments: