Chasing up the impossible dream of finishing my Steam game library, I've just completed Wolfenstein The new order. Why that one? Well, I hadn't played a FPS in a while, and there will always be a space in my heart for the first game of the series and shooter genre in general, Wolfenstein 3D

Overall it is a solid game. Not particularly original nor amazing, but works and has 2-3 minor unique selling points that makes it special. The setting is the first one -  you don't get to play in an alternate post-WWII scenario where the Nazis won and now it's the 60s and they've subjugated most of the world. There is a nice variety of scenarios (including the moon, ala Duke Nukem yay!) and there are some humorous moments like Germanized classic US songs (i.e. the house of the rising sun) or be able to play the original Wolfenstein in one of the levels

Aside from that, the rest works: Diversity of weapons, optional (but not particularly well integrated in my opinion) stealth paths, interesting boss fights, scavenging ammo/health systems ala Bioshock, good variety of enemies (although they pretty much fight in the same fashion) and plenty of collectibles

There is no MP but you won't miss it. The SP campaign is good enough to satisfy you. There are some interesting replayability incentives, since you make a relatively meaning choice at the beginning (what would have happened if I had chosen the other one?) and also if you collect all enigma codes you can unlock additional game modes

In the minus side, it's not graphically impressive. I still need to see one game based on the latest ID engine that really shocks me. And all in all the AI and weapons taste a little bit like more of the same. However I believe this is the first game made by Machinegame, the developing studio, so you can safely say it's a very good start, and the best is still to come?
Posted by Alvaro Vazquez de la Torre at 4:12 PM No comments: 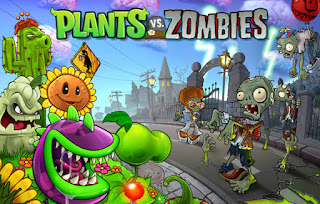 Yep, third time I finish this game after PC and Nintendo DS, only this time on iOS (specifically on an iPad 2). Not much more to say over previous reviews aside from finishing also the additional game modes (puzzles, minigames...) and being enjoyable level after level. It's really unusual to find a game concept that can be ported to so many different platforms, work fine and keep the same spirit. Great game!
Posted by Alvaro Vazquez de la Torre at 8:24 AM 1 comment: