I just finished watching a video review (in Spanish, sorry) of Ryse Son of Rome by a guy who's played the whole game. Yep, 10 hours of watching him saying 'Ven aquí muchacho' ('Come here boy') but interesting to see how people experience the game. 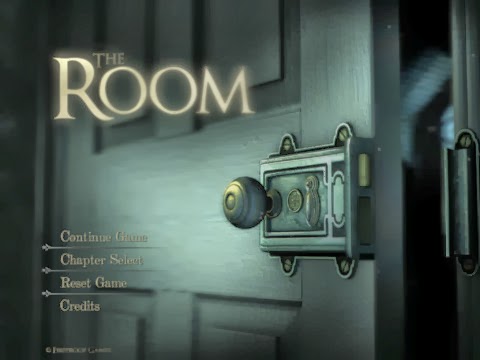 Another proof of the superb design you can find in portable devices: The Room is probably the best puzzle game I've played ever.

On the minus side, it's just puzzles: There are no other subsystems to provide some relief from the core experience. Also the game is relatively short, only 5 levels of 30 min each.

On the plus side, the game features a unique approach to puzzles: All the secrets are contained in the same object, generally a wooden box with multiple gadgets. The wandering for the necessary items is really limited and often straight forward. Puzzles are surprisingly varied, enjoyable and accessible (I never had to look for solutions in the internet) and the concept of all puzzles in the same location supports a high quality of the graphics (you can be as detailed as you want since there won't be any other scenario).

There are some flavor elements surrounding the game: A paranormal plot which doesn't offer much and a supporting system for clues (similar to the one used in the Professor Layton series). But the core mechanics work very well, the camera is fairly responsive and the overall experience is one of a kind. I strongly recommend it to whoever like puzzle games.
Posted by Alvaro Vazquez de la Torre at 1:41 PM No comments: 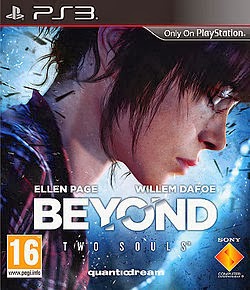 Thanks to my Spanish colleagues at Frankfurt, I got on my birthday Beyond two souls. I had previously played both Fahrenheit and Heavy Rain, and I personally like David Cage's approach to videogames. If you haven't tried any of them it'll suffice to say it's all about the story, and gameplay is limited to press buttons on certain moments to trigger the next story bit. This works for me as a variation from other (actually practically all) games but I totally understand if people accuse these games of lacking interaction. It's a fair point.

Anyway, the story on these titles is usually superior to other games, and BTS is no exception. You're told the story of Jodie, a young girl with paranormal skills who has been abandoned by parents, kicked out of foster homes and eventually ends up being raised by a couple of scientists. For the most part her story is a sad one, with lots of rejections and disappointments, but at the same time her special abilities have given her the possibility for changing for the better the lives of others. You develop a close relationship with her, promoted by the fact that you control her across her whole life: There are missions when she's 6, 12, 16 and 20 years old.

At the end, I tended to see her as a daughter, and I was protective in my decisions about her life. Interesting, isn't it? The mix between reality and supernatural is well balanced, and cutscenes and facial animations are probably the best of the last generation.

On the minus side yes, gameplay is poor. You're essentially requested to press certain buttons to make the story progress, and many times is not even clear which ones are those (you need to read the character animations to infer the direction to press on the stick). The game doesn't excel on that at all, but the story compensates these flaws imho.

Also I'm curious about the budget of the game. There were unique game systems in some missions which are not repeated anywhere else, practically a need animation set or character model per mission and multiple cutscenes. I suspect this game has been quite expensive, and considering it's destined to a niche segment I wonder if it's worth the money for Sony.

Anyway, I enjoyed it and recommend it to whoever is interested in videogame stories. It has a 70 in Metacritics but the user's 81 seems to be more accurate to me.
Posted by Alvaro Vazquez de la Torre at 1:56 PM No comments:

5 REASONS THE VIDEOGAME INDUSTRY IS ABOUT TO CRASH

Thanks to a Facebook link (greetings to Karim), here you have an interesting article about issues currently affecting our industry. I don't necessarily agree with some of them, but still relevant in most cases. Click here to read it.
Posted by Alvaro Vazquez de la Torre at 3:29 AM No comments: 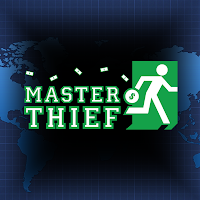 Being honest, I didn't finish Master Thief since the game features 11 levels and then you need to purchase the rest. Since I don't wanna, I base my analysis on those first missions and that's it.

My interest on this game is because it's a reference for a potential personal project. The gameplay itself it's basic: You memorize the guard patrols and move across their routes to collect all the gold bags and escape. I'm missing a story element to engage the user, otherwise the experience doesn't connects with you and becomes easy to forget. Still an interesting usage of stealth mechanics in iOS.
Posted by Alvaro Vazquez de la Torre at 6:31 AM No comments: