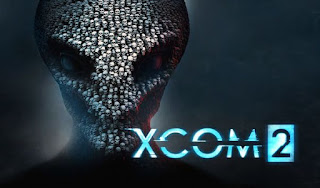 Not always, but some months my Playstation Plus subscription has an interesting game for free. This time it was Xcom 2. I played the first one on PC, and I thought "let´s see how it feels on a pad"

In short, it does feel good. Turn-based games often work fine in consoles. Aside from that I don´t remember 100% the previous game but I think both are consistent in the good... and the bad things

On the bright side, the combat system works really well, much like in the previous title. The upgrades and technology research options usually enhance it, offering more abilities and supporting different playstyles. New enemies, new combat behaviors... generally speaking it works like a charm. I think the "conceal" system is new, which is a good addition since you can decide when to start the fight. Visually speaking I believe it has been a big step up (but tbh I don´t have a good eye for graphics)

On the dark side, I suffered the same problem I had with Xcom 1: The golden path is extremely narrow, so much that if you make a minor mistake at the beginning of the game (i.e. lose 1-2 soldiers) you can be blocked hours later and it´d be extremely difficult to  be back to a situation with a chance for victory. You have to rely on save/load A LOT. Likely the top game in the market in this aspect. And loading a saved game can take up to 2 min...

Aside from this, I noticed extreme framerate drops too often, I believe mostly associated to loading the map (really? they aren´t so detailed!) and too many simultaneous particle effects. They were so obvious that made me question the ability of their programming team

Anyway, I certainly recommend it for strategy, turn-based aficionados. Particularly if you´re a bit hardcore you can easily fall in love with this game
Posted by Alvaro Vazquez de la Torre at 4:11 AM No comments: