Hitman Go is a very interesting study case. As a game is enjoyable and visually unique, and as a part of the Hitman franchise is daring enough to take the gameplay into a brand new territory.

As Jack the Ripper said, let's go piece by piece: Although the spirit of the game remains faithful to the Hitman series (you impersonate Agent 47 and your goal is to infiltrate and murder your target) the gameplay is turn-based. You can only move through a grid and it doesn't have many knots, which you share with a number of guards. Every time you move, the enemies move as well. You need to find the route across them and sometimes use some objects to alter their patrols.

So, although technically speaking you have a stealth goal, it's closer to a board game than the console ones. It's a bold move into a totally different area, and you need to applaud Square Enix for giving green light to this approach. And for the most part, it totally works!

The developers have done a good work in every sense: Each level takes 2-3 min, which fits with the average playtime on mobile platforms. There is a new enemy or ability unlocked every 3-4 levels, renewing the interest, and there are some optional challenges that can assure replayability. On top of that, it's fairly easy and I needed no internet walkthrough to finish it.

On the minus side the game lacks story and it's not easy to feel totally hooked. And it's not particularly long, either.

It currently has an 81 on metacritics (7.0 for users) and feels right. I was entertained for 3-4 good hours, and impressed for the bravery of betting on a totally new gameplay & platform. Well done!
Posted by Alvaro Vazquez de la Torre at 2:54 PM No comments: 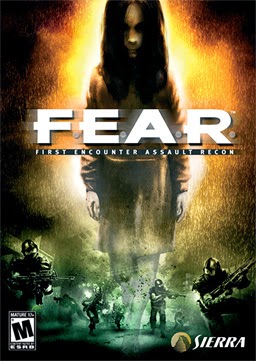 I remember playing FEAR back in its day, and abandon it for being repetitive. But when the whole series was on sale on Steam for a ridiculous price I thought 'what the hell' and bought them all.

Still, my opinion hasn't changed. The gameplay is centered on shooting sections with occasional scary scripted events plus some optional exploration. It's a good display of what 10 years ago was considered as a FPS experience (more advanced than Doom, for example), but boy things have changed!

There was some buzz at the time regarding the advanced AI patterns. Every time you played the layout the enemies would behave different, if memory serves because the game would learn from the player's combat style and adapt. Back in the day I remember that was frustrating to me since I couldn't learn from each attempt what the NPCs reaction would be, and this unpredictability made me fail over and over the same scenario.

Still, I didn't abandon the game because of that but due to be always the same: The enemy variation is not high and some of them are scarcely used. I eventually managed to make my way through the whole game following the same strategy: Get into the combat zone, activate bullet time and headshot the bastards. It rarely failed.

Another semi-failure is the creepy moments. There are plenty of sudden appearances of Alma, the scary girl, but since the player can be looking any place when that happens it's fairly easy to miss them. The story itself is not particularly engaging, and hints more than tells. An interesting choice, but I eventually had to check wikipedia to understand what happened.

On the other hand, the combat systems work fine, the visual effects were ahead of its time and overall it was an interesting mix of genres. Also, it was very useful to me for collecting info about 'how not to do certain things' that I'm storing on a personal wiki to be used if at some day I go into teaching at the University. Yay!
Posted by Alvaro Vazquez de la Torre at 3:52 PM No comments: