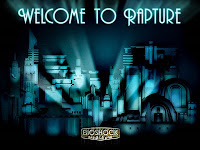 It was rejected because it was too complex to be done, and the producer already had an idea of the game he wanted to do, and destroyed any other potential competitor around, but still I feel it was a good setting to play into.
Posted by Alvaro Vazquez de la Torre at 12:17 PM No comments:

INDIANA JONES AND THE STAFF OF KINGS

Mission accomplished! Another game completed, but I’ve got mixed feelings about this one. My gut feeling is that it could have been impressive, but several minor flaws turn it into just a nice game.

These are the things I liked:

The level length: Each level comprises 5-10 min of gameplay. This is perfect for portable devices. In fact I copied this structure for my novel.
Level achievements: Each level contains 5 mini-achievements, so players are encouraged to re-play them.
Appropriate mix of gameplay elements: The game is mainly based on platform challenges, vehicle chases, brawling and ‘light’ puzzles. Much like any Indiana Jones movie.
Scenario variety: There are 6 different graphic themes, with lots of iterations. The production values of the concept phase were really high.
Unique mechanics: Some levels are based on unique mechanics, such as the catapult or the pendulum.

Story: It lacks of wow elements. Everything you hear and see is old stuff taken from the movies. Seems to me that stories which require characters to come and go often fit oddly in videogames, since you tend to forget them.
Scenarios: The Indiana Jones movies are somehow based on visiting exotic locations. The game features locations inspired or already seen in the movies.
More brawling options: Since much of the gameplay is based on brawling, some more variations in that mechanic could have been nice.
Failed characters: The girl has little function more than to please female players, Indy cares little about the integrity of the old stuff he finds in the game, Nazis have few weapons at their disposal and insist on fighting Indiana Jones with their fists…
Improvable graphics: Not the best PsP game graphics I’ve seen, strange if you consider this was supposed to be a great production.
Got stuck some times: And not necessarily on puzzles.


Anyway, this is one of those games that teach you a lot. Developers made a good work, but if you pay attention to those small design flaws you can learn a lot.
Posted by Alvaro Vazquez de la Torre at 3:48 PM No comments:

Now that I finished my novel, I’m gonna invest some time on playing all those games I left aside while I was writing. The first one I’ve completed is Bioshock 2.

What a great game. Again I had that feeling I didn’t pay enough money for it, and that’s always good. The story is once again superb, I value how they simplified some mechanics (compared with Bioshock), production values are even greater than the previous game and the music is amazing. I simply love that level when you play as a little sister. It could be easily one of the finest moments I’ve had playing videogames, and one of those rare moments where I feel no movie could take me to.

On the minus side, I’m missing some bosses like those in Bioshock, and the last level took a little too long for my taste. Somehow they broke the tension they created in the previous level. Not major issues, anyway.

Waiting for Bioshock 3!
Posted by Alvaro Vazquez de la Torre at 9:08 AM No comments: