I don´t recall having played many dual stick shooters in my gaming life. Maybe a bit of Geometry Wars years ago. Thing is a friend and former workmate has a small indie studio called Eclipse Games, and he released some time ago Tachyon Project, his own interpretation on this genre

In short, it´s very similar to Geometry Wars but with an extra RPG layer - You can choose between different weapons, and some powerups. It´s a dual stick shooter that plays well, the balance is adecuate and it´s definitively enjoyable. To add an extra twist there is a short story and some replayability options. After finishing the campaign, I even spent some time grinding achievements, they´re reasonably easy to obtain

The price is cheap, it´s fun and you´d be helping a small studio. If you´re interested in the genre I personally recommend it 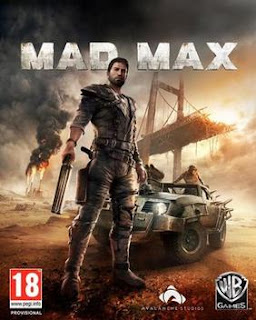 Posted by Alvaro Vazquez de la Torre at 9:38 AM No comments:

An interesting article over the commonly unknown creative process in Nintendo (click here):

“The thinking that guides us is: what can we do to pleasantly surprise players? It’s not that we’re consciously trying to innovate; we’re trying to find ways to make people happy. The result is that we come up with things other people have not done”
Posted by Alvaro Vazquez de la Torre at 12:07 PM No comments: