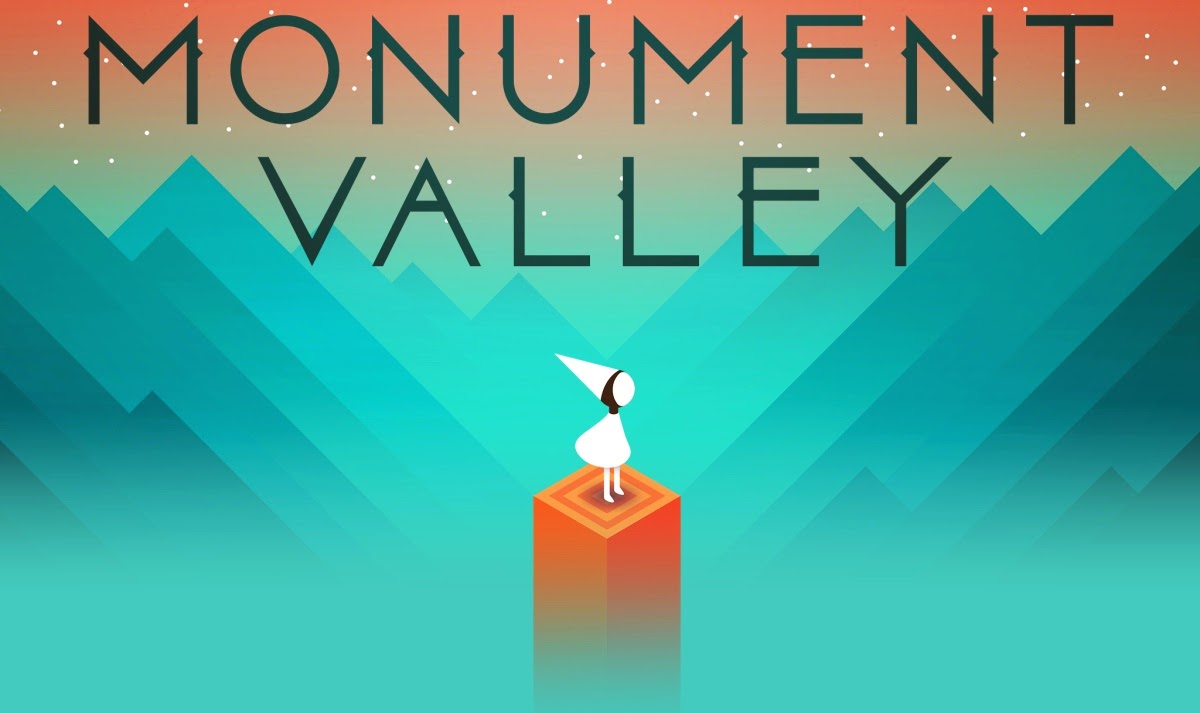 Being an admirer of Escher’s artwork, it’s no surprise I was attracted by Monument Valley. In essence, the game makes interactive all those geometric fantasies, and creates a wonderful (although short) experience.

I’m kinda envious because I’m not good at designing visual puzzles at all. Sadly, I could have never made this game. However, somehow I aspire to do something similar in the future: Create a brand new gameplay experience that none has imagined before. Monument Valley does that, and it’s so uncommon that you have to admire the effort... and support it if possible, buying the game ;)

The design is remarkable since there are no failing conditions (much like Monkey Island, no matter how much you fail the game always allows you to retry), and with really little elements they manage to create a solid 1-2 hours of gameplay.

Yep, that’s one of the weaknesses of the game, it’s quite short. 10 levels, each of them you can beat in 5-10 min. The story falls onto the ‘poetic’ or ‘suggestive’ category: Few storytelling elements, that evoke more than lead. Think of Braid or Limbo for references. It works as a canvas, but can’t say I found it particularly engaging.

Honor mention for the visuals, simple but extremely beautiful, and the oniric audio. Altogether they create a one-of-a-kind experience. Hopefully they’ll make DLCs, or a sequel. I strongly recommend the game for whoever likes games or art in general. Monument Valley is currently my candidate to GoTY 2014.
Posted by Alvaro Vazquez de la Torre at 3:01 PM No comments: 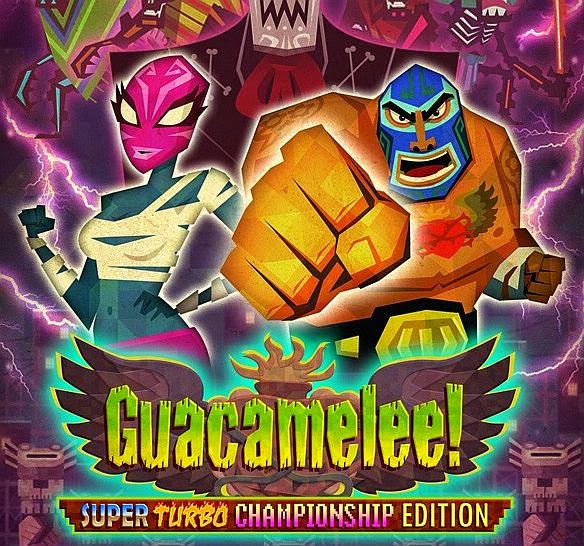 Holy frijoles! I liked Guacamelee from the first trailer, due to its unique setting: Luchadores against skeletons, very Mexican. However, not that much as to buy it so I waited.

Sometime later, it was on sale on Steam (PC). After 3 frustrating hours I decided to forget about the game. I don't do that often. The problem was the game speed: Seemed to me the enemies and game logic was too fast for my reaction time. I reached an event in which you're running away from an enemy and no matter how many times I tried I died over and over. I watched some internet videos and realized the game speed in the console version was slower, but the player actions were as responsive as in the PC. Weird, right? I somehow suspect there was some issue with the port, then. I've seen that happening with versions of old 8 bit games.

But I liked the setting and so much humor & crazyness the devs put on it, so I promised myself to give it another try if I could get a console version. And thanks to the Xbox One monthly free games, I've got it and finished it. Guess what? I was right. The game is substantially easier, and I beated that event which blocked me on the PC version on the second try.

The game is very good, honestly. It was a very mature design, lots of replayability, some brand new systems and lots of love and humor. It's essentially a metroidvania brawler + platformer, with some side quests, a basic upgrade system and challenges. In the GDC the devs mentioned they were specially proud of the fact that the combat moves were also used for platforming (jumps). How does this work? Some of your punches, like UP+B, also project the character up. This move can be performed together with the normal jump to achieve higher distances. Nice design ;)

Visually speaking is really unique, with a mix of flash-like graphics and Mexican iconography. It has a co-op mode I didn't play, and that's it. On the minor side the difficulty is excessive at times, I don't think it was properly scaled. By the end of the game is almost unbearable. And I could have used some basic multiplayer, but I understand they're a small team and that's a lot of additional work.

I highly recommend the game for anybody who's into brawling games. It has an 88 in metacritics, and today those ratings are not given for free. Well done, Drinkbox!
Posted by Alvaro Vazquez de la Torre at 1:41 PM No comments: