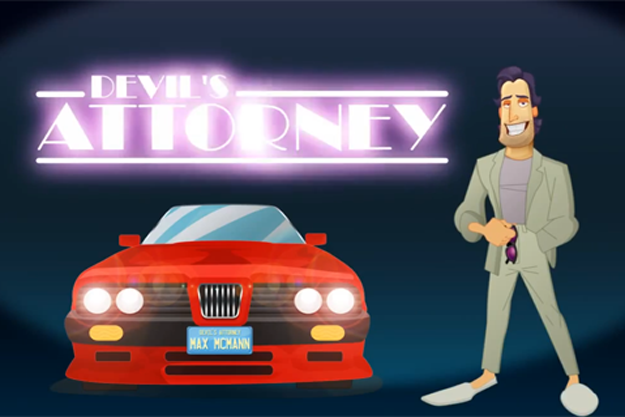 And another iOS game bites the dust! Devil’s attorney was recommended to me by a workmate due to its sense of humor and original combat sytem. In both cases, it didn’t disappoint.

Along with the Phoenix Right series, it’s the only ‘Lawyer simulator’ game I know of. In terms of story you impersonate an attorney who always defends blatantly guilty criminals. There are multiple pop references (you defend Rick Ashley or Arnold Swarzenegger-alikes) and some sub-plots based on the conversations between Max McMann (you) and the prosecutors. Fresh, selfish but charming, you sympathize with Max almost right away.

Regarding gameplay, aside from a basic leveling mechanic the game is entirely based on the combat system: Turn-based, the user needs to manage 2 parameters. One is the ‘health’ of your case and the other your action points per turn. You’re given (or unlocked) a number of abilities which consume action points, so you need to use them wisely. Once you run out of them, your enemies attack: These are witnesses and evidences (some of them boosting the others) which all subtract health points from your pool.

It’s relatively basic but works very well. You need to plan your strategy carefully, select your targets and trust the dice. For an iOS game I think it’s a great combat design.

Graphically speaking the game doesn’t feature many scenarios, but it has a clear 80s personality that I personally love. Another thing I really value is how they’ve tailored the game experience for short periods of time, around 5-10 min per case. That’s extremely convenient for portable devices.

All in all, a great purchase (this time I paid for it) and I fully recommend it.
Posted by Alvaro Vazquez de la Torre at 4:01 PM No comments: 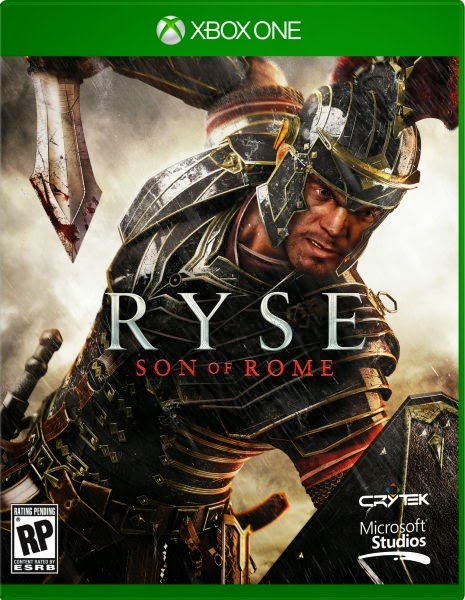 Well, this review is different, since this is the last game in which I worked. Yep, yesterday I finished Ryse Son of Rome. No big surprises, as you may imagine.

Of course I had played the game dozens of times. So there were little space for unknowns. Actually I didn't find all collectibles so I may replay some levels. I'm actually thinking on finishing the game on Legendary mode, shouldn't be too difficult.

I could talk quite a lot about all the problems we had during production, and all the ones we overcome, but this is not the place. Instead, I'll focus on my frustration for the Metacritic rating: 60. I think the game deserves more, but at the end of the day you have to accept the public/media verdict. However, I seem to be stuck on the sixties: Imperial Glory was a 69, Wanted a 62 and now a 60. Am I the only one who can see a trend down here? In all of those projects I did my best, worked like a beast and still the ratings are poor. Lightfish/Ecofish did better, around 70-80, but they didn't have enough reviews to go into Metacritics.

So, I'm still waiting for my great game, that project that justifies my career in the industry. Let's see what comes next...
Posted by Alvaro Vazquez de la Torre at 12:50 PM No comments: Thanks to the 16 hour flight to Austin, I finally managed to finished Mirror's edge (iOS). The game is not bad at all, but I was stuck at a certain point and despite several attempts I could not go further. After multiple attempts and some cursing I finally beat the game.

On the plus side it's entertaining, captures with fidelity the spirit of the original game and for the most part the controls are simple enough. The screen is free from HUD (where's my pause option, dudes?) and graphically speaking is above the platform average. They've kept the iconic red for interactive elements, and the camera work is fairly good, I rarely had problems seeing what I was supposed to despite the high speed of the main character at times. It also features the same (I think) music than the AAA version, which for me is a plus.

On the minus side the controls often fail, and that was the reason I was stuck: The platforming challenges for jumping (swipe right) on one direction, grab a wall and then jump back (swipe left) were not responsive enough and by the end of the game there are a couple of puzzles that force you to do that on perfect timing.

Aside from that the story is narrated by on-screen text without much syncing with the game, which looks cheesy. Ah, and a little more variation on the enemies could have been nice.

Anyway, despite having felt heavily frustrated by the controls and almost got rid of it, I finally finished it. I won't recommend it unless you're extremely proficient on iPad swiping or you're a hard core fan of the series ;)
Posted by Alvaro Vazquez de la Torre at 11:58 AM No comments: 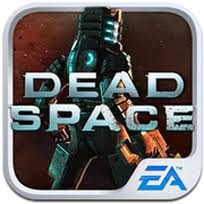 Continuing with my effort to clean up space from my iPad, I've just finished Dead Space (iOS). I wasn't really interested in the game but it was free that day and well, you know. Still it was almost a giga on my tablet and I need that for storing more House of Cards episodes!

Anyway, the game is quite good. Graphically speaking is clearly above the platform average, the controls are generally responsive and there is a nice variety of weapons and secondary uses. Not many enemies but they are well implemented and their abilities are varied enough to create additional challenges when different AI types are present simultaneously. Levels are too linear to my taste but there are some visual variations here and there to make them appealing. Devs used a good number of survival horror tricks (as many as the hardware limitations allows, I suspect) and they mostly work.

On the other hand, the story sucks. It's barely an excuse to keep you moving. The lack of checkpoints makes the experience really frustrating at times, and you can often end up in no-fucking-ammo-left situations with no option to go back and buy. Some of the game mechanics could have been used more (i.e. the gravity jumps and the no oxygen scenarios) but the overall experience is good. It took me less than 5 hours to finish it (admittedly I died a lot in some locations) but if I would have paid for it I would have thought my money was worth it.
Posted by Alvaro Vazquez de la Torre at 4:24 AM No comments: 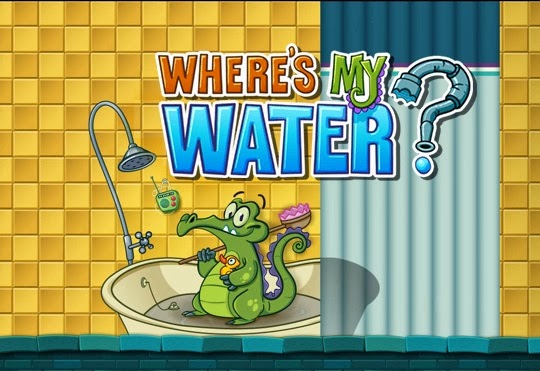 One of my new year's resolutions is to finish as many games as possible from all those I've got in different platforms. I need to free up some space from my iPad, so I've just completed all the free levels of Where's my water?

In case I haven't mentioned it, I think there is an immense amount of design talent in portable devices. I've seen little wonders in those platforms and they keep coming. Where's my water? is not necessarily one of those, but it's super-enjoyable and well crafted.

On the plus side the game features a basic mechanic of water physics across all levels and they make the best out of it. On every additional level package they add 1-2 new twists to the basic system, but all of them are well implemented. There are some meta-games of achievements and additional item collection that offer more replayability, and visually speaking the cartoon style fits great on the platform.

On the minus side, the game has too many "influences" from Cut the Rope. Seriously, looks like they copied that one in detail and without remorse: The Screen layout, the collection of 3 elements for additional points, the reward screen, the main character... Just enough differences to not get sued, I guess.

Another great thing of the game is that it seems to attract kids, even at early ages (although they fail repeatedly) so it's good for keeping the young ones entertained for a while. If you can find it cheap (I got my copy one day it was free) I definitively recommend it.
Posted by Alvaro Vazquez de la Torre at 7:54 AM No comments: