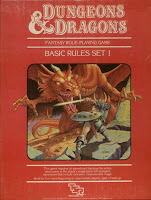 Like many others, I used to play Dungeons & Dragons when I was at my teen age. When I became Game master that was the first time I ever was a ‘designer’. And it’s interesting to see the mistakes I made when creating my first campaigns.

I remember to create overly complex maps, with kilometers of content wherever you look, just in case players would choose to go into a different direction that the one they were supposed to go. Well, they never did and it was a waste of time.

Also, my first campaings lacked of a clear motivation for the players. I generally gathered them at any inn, and say ‘There is an old man talking about a dungeon not far away from here. There’s a princess involved. Will you go there?’. Sometimes my friends, just to see me get angry would say ‘Well, we won’t go there. What else do you have?’.

Another problem was to keep my audience’s attention. Being honest, I invested so much energy creating content to fill those kilometers of game space, that the content itself was quite dull: Monster after monster, all look-alikes; dark room after dark room; boring reward after another... My ‘level design’ sucked. No wonder my friends, after some time playing, got bored and started doing weird things like setting the whole place on fire, just for the fun of it.

After some unsuccessful experiences with D&D (I should also add that my friends weren’t really RPG gamers, just teen guys killing time until they grew up enough to chase girls) some of us moved onto Call of Cthulu. That game offered better tools to create misterious ambients and player motivations, and things improved.
Posted by Alvaro Vazquez de la Torre at 3:38 AM No comments:

Last week I was invited to a videogame congress at Madrid. Some lecturers were university teachers and some others were videogame developers, including me. It’s always an interesting experience to talk in front of an audience, but I’m getting used to it.

Somehow I feel the videogame culture is slowly getting into society. Hopefully someday we won’t be seen like nerds working on violent and mind-altering products that surely will destroy kids and ultimately the whole society, but professionals or even artists creating the leisure of the next generations.
Posted by Alvaro Vazquez de la Torre at 12:05 PM No comments: