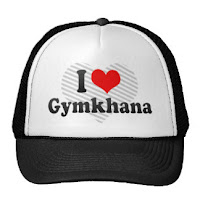 As every year at the family reunion, I organize a gymkhana for the little ones. Truth is, they’re not that little anymore so this year I tried to update the challenges to match their age (an average of 10)

I designed a mix of quiz and treasure hunt, as follows: I divided the kids into 3 teams (lead by the elder ones) and their goal was to answer correctly 5 questions (out of 6). These were particularly complicated, so I hid the answers in papers around the house. The teams could choose to either try to response the questions directly, focus on finding the answers, assign some of their members to spy other teams or simply look for the answers online after failing

Accessing the Quiz was not free: I hid some doubloons which granted access to the questions, made by me. In addition to that, some “wild cards” were also hidden. When used, they will automatically “win” any question

Aside from the game itself, I also invested some time buying more “mature” presents. In the past we gave the kids just some plastic toys but since many of them were 10-15 years they should appreciate “older” gifts

In general, it all went well but some things could have been improved:
In summary, as a “prototype” of the game it was fine but if I do additional iterations it should be better. Every year I try to make a brand new one and it’s never completely satisfactory. Maybe next year I’ll do it again, but improved?
Posted by Alvaro Vazquez de la Torre at 4:17 AM