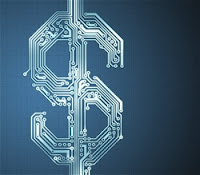 A similar situation has arisen in the project in which I’m currently working. Since it lacks of any story I don’t think we’ll have inconsistencies between story and in-game economy, but still seems to me an area that most developers leave for late in the project, and not always solved effectively.
Posted by Alvaro Vazquez de la Torre at 9:58 AM

I don't think that's an economy issue. It seems to me like the classic conflict between story/gameplay (or narrative/ludo).

Ideally what you would like to see is game mechanics (like hoarding money from side quests) feed back into the story line, and change it. In this way, characters wouldn't go around claiming to be broke when their gameplay pockets are overflowing.

Alternatively, you could play it the other way around, and if the character is supposed to be poor, make sure that feeling is reflected in the gameplay. Be very stingy with how you give out money, and the player will empathize with the poverty conundrum (survival horror games spring to mind, as they follow the story by having the player be very vulnerable).

Choose your poison. Or you can ignore the issue. RDR and GTA were both quite successful :-)

Yep, it's not a major issue, both games have other impressive features which made them successful. I can totally picture the situation during development: Writer and designers worked independently for some time, and when their work was put together this problem was possibly spotted but other issues had a higher priority.

Anyway, I keep thinking it's an economy problem, or the lack of it. It doesn't sound that difficult to plan an internal money flow for the singleplayer mode. It's what we are doing in my current project. Let's see if we are successful.

A third way to solve the mentioned problem (taken from MMOs) is to create money sinks (i.e. a rare and expensive weapon). That way the main character's claims of needing more money would be more or less justified. But if time allows it I'd double check the script before recording sessions, changing any 'I'm so poor' reference for something neutral like 'I need more money'.