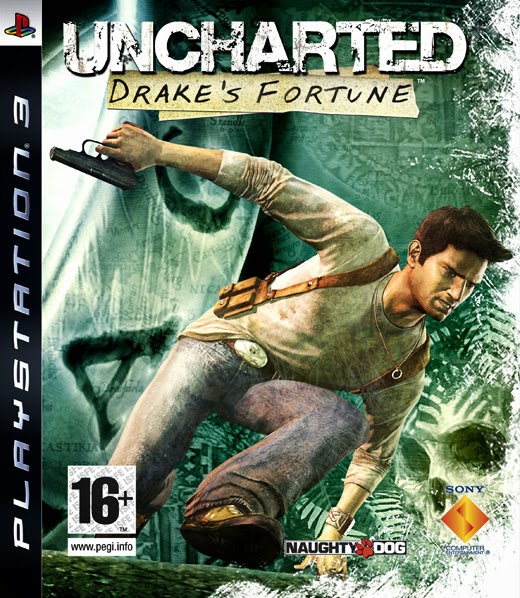 Back in the days I wasn't impressed by Uncharted 1. I played the company copy for some hours and eventually concluded there were no new game systems that I hadn't seen before.

For some reason I can't remember I bought Uncharted 2, and liked it. Then I went for Uncharted 3 as part of the Ryse research and liked it too. So I thought: "What the heck?", and since it was very cheap at Cash Converters (just 6 euros) I purchased it last time I was in Cordoba, and I've just completed it.

Aside from the lack of MP, the game is very similar to the sequels, only more unpolished. The team mate presence is reduced and as a consequence you lack the witty dialogues from U2 & 3. The melee combat system is unnecessarily complex (it was simplified later) but the platform and shooter sections are pretty similar. Well, to be fair some of the combat layouts of U1 are poor in my opinion, with enemies spawning behind the player without warning, or at different height levels which is generally an issue. I believe those were much more refined in the subsequent games.

But aside from little details, I think the value of Uncharted is to be one of those games that began what some call 'Adventure genre', in the sense of a game that is not based on one system in particular, but in many. That way you simulate the multiple challenges the hero of a movie faces on a high-octane action flick. And it does that very well.

Looking forward to Uncharted 4. I could be the reason for me to buy a PS4...
Posted by Alvaro Vazquez de la Torre at 2:20 PM