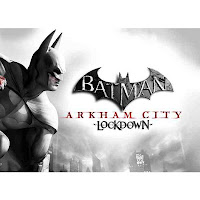 Last week I finished another iOS game: Batman Arkham City Lockdown. Loosely based on the characters and style created in Batman Arkham Asylum and Batman Arkham City, it´s essentially a fighting game. In every mission you´re supposed to defeat a number of thugs tapping and swiping on the screen at the appropriate time to counter-effect the enemies´ attacks.

The basic combat works most of the time (some of the tactile inputs are poorly recognized, leading to frustration) and the visuals are very good for the platform. However the game becomes quickly repetitive because of the lack of secondary challenges. No collectible items, no optional features to break the constant flow of brawling. Just fighting all the time. You can buy upgrades with the xp, but that´s all. Bosses include unique additional challenges, like aftertouch or cleaning up the screen, making me think why not using those mechanics in the rest of the game too.

It cost 5 euros, and frankly I expected a little more for that money. Not a bad investment since its gameplay is related to my current project, but still not the best purchase I´ve made in the app store.
Posted by Alvaro Vazquez de la Torre at 1:42 AM